We are the homecare workers of ParaMed. Every day, we care for the sick and vulnerable. We deserve fair wages and more than three sick days. It’s time for ParaMed to GET REAL. 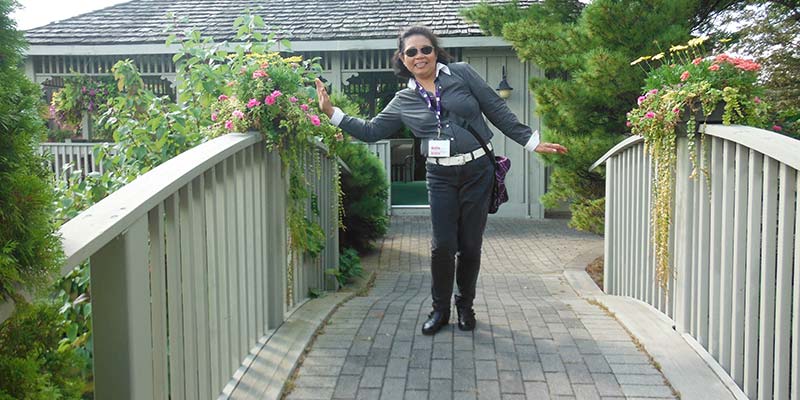 “Being at the Academy was like being back in school,” says Bernadette. “I never thought I would be able to get that chance to be back in a learning environment but SEIU Healthcare gave me this opportunity.”

Prior to moving to Canada in 2004, Bernadette lived in Hong Kong for 15 years and was very politically active. She was involved with organizations who fought for women’s rights and she interacted with politicians to help advance their cause. Employers, according to Bernadette, were very abusive to women working as domestic helpers and they needed people to advocate for their rights.

“I have not been very politically active since coming to Canada, I didn’t think I would be engaged with politics again,” says Bernadette. “So, I was surprised when I was placed in the political activism stream. But I was happy to be back in this world.”

Bernadette says she learned a lot, especially about how one person can make a difference. She discovered new ways to lobby the government and how to engage her co-workers in politics.
Since leaving the Academy, she was already involved in a campaign to try to stop Bill 47. Because of the campaign’s efforts, voting was delayed. Unfortunately, the bill recently passed, and it repealed workers’ rights that had been introduced by the previous Liberal government.

Bernadette also loved connecting with other members on breaks and during the social events.

“Other members have become good friends. They are a very good support system,” says Bernadette. “People are expressing the same concerns about their workplace that I have and so it is good to know that I am not alone. There are people I can reach out to if I have a problem.”

“The program was informative and uplifting. I hope SEIU Healthcare continues to run the Academy so that we can all have the tools and the knowledge we need for whatever mission we undertake under our union’s banner,” added Bernadette.